There are several types of inherited colour blindness. For information on acquired colour vision defects refer to our page Acquired Colour Vision Defects

People with ‘faulty’ trichromatic vision will be colour blind to some extent and are known as anomalous trichromats. In people with this condition all of their three cone cell types are used to perceive light wavelengths but one type of cone cell perceives light slightly out of alignment. There are three different types of effect produced depending upon which cone cell type is ‘faulty’ and there are also different severities. 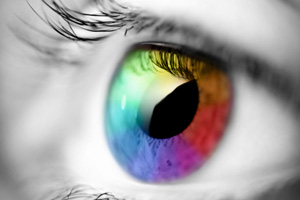 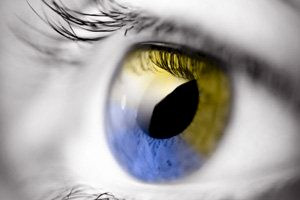 The effects of anomalous trichromatic vision can range from almost normal colour perception to almost total absence of perception of red, green or blue light.

People with deuteranomaly and protanomaly are often incorrectly diagnosed collectively as ‘red-green’ colour blind because both types generally have difficulty distinguishing between reds, greens, browns and oranges. They also commonly confuse different types of blue and purple hues and many other colour combinations.

People with reduced blue sensitivity have difficulty identifying differences between blue and yellow, violet and red and blue and green. To people with blue deficiencies the world appears as generally red, pink, black, white, grey and turquoise.

People with dichromatic colour vision have only two types of cone cells which are able to perceive colour i.e. they have a total absence of function of one cone cell type , resulting in a specific section of the light spectrum which can’t be perceived at all. For convenience we call these areas of the light spectrum ‘red’, ‘green’ or ‘blue’. The sections of the light spectrum which the ‘red’ and ‘green’ cone cells would normally perceive overlap significantly, so people with red and green types of colour blindness experience many similar colour confusions. This is why red and green colour vision deficiencies are often known as red/green colour blindness and why people with red and green deficiencies often see the world in a similar way.

However, there are some specific differences between the two types of red/green deficiencies.

Protanopes are more likely to confuse:-
1. Black with many shades of red
2. Dark brown with dark green, dark orange, dark red, dark blue/purple and black
3. Some blues with some reds, purples and dark pinks
4. Mid-greens with some oranges

The most common colour confusions for tritanopes are light blues with greys, dark purples with black, mid-greens with blues and oranges with reds.

The images above show how the beautiful colours of the pigments are lost to people with each type of dichromatic vision. 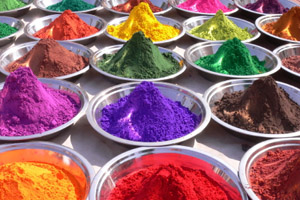 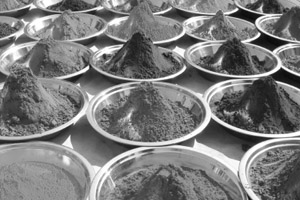 People with monochromatic vision can see no colour at all and their world consists of different shades of grey ranging from black to white, rather like seeing the world on an old black and white television set. Achromatopsia is a specific eye condition in which people see in greyscale. We do not specifically support achromatopsia because of its additional symptoms. Achromatopsia is extremely rare, occuring only in approximately 1 person in 33,000 and its symptoms can make life very difficult. Usually someone with achromatopsia will need to wear dark glasses inside in normal light conditions.

We occasionally have had very concerned people contact us because they or their children have been diagnosed by their optician with ‘total colour blindness’. Although we are unable to advise on the diagnosis of specific cases we have undertaken further research to try and understand why so many people are being told they are totally colour blind when in reality they are much more likely to have a severe form of red-green colour blindness. Our research has revealed that in many cases optometrists receive only very basic training on colour vision deficiency and some may therefore be incorrectly interpreting the results of the Ishihara tests. The Ishihara test cannot diagnose either blue/yellow or ‘greyscale’ vision. If you/your child has been diagnosed only using the Ishihara test please seek a second opinion, ideally at a specialist colour vision clinic.

If you have been diagnosed as ‘totally’ colour blind please visit www.achromatopsia.org  for further information. If you think you do have the symptoms of achromatopsia ask your optician to refer you to a specialist who can confirm your condition.

There is general agreement that worldwide 8% of men and 0.5% of women have a red/green type of colour vision deficiency. These figures rise in areas where there is a greater number of white (Caucasian) people per head of population, so in Scandinavia the figures increase to approximately 10-11% of men. By contrast, in sub-Saharan Africa there are few colour blind people. Countries such as India and Brazil have a relatively high incidence of CVD’s because of the large numbers of people with mixed race genes in their genetic history.

Numbers of tritanopes/tritanomalous people and achromats is very small, perhaps 1 in 30-50,000 people.

Reliable statistics for people with an acquired form of colour vision deficiency are difficult to find but as many as 3% of the population could be affected because age-related deficiency is relatively common in the over 65s and therefore on the increase in the UK due to the rising numbers of elderly people per capita.